Elena Baz is a disabled physicist who consults with the Mexican military when she isn’t hosting her wildly popular science show Muñecos Cósmicos (Cosmic Puppets). Well known for her tough, no-nonsense personality (considered cruel in some circles), she is the daughter of a former Secretary of Foreign Affairs, and her high-profile kidnapping as a child made her a national icon. Fans call her “La científica cibernética” (the Cybernetic Scientist) because of her high-tech prosthesis. Envious and idiotic male colleagues of hers secretly term Dr. Baz “la Barbie biónica” (the Bionic Barbie). Many of the most advanced weapons in Mexico are a result of her research.

Purchase Lords of the Earth to learn how Elena Baz grapples with the menace of ancient leviathans that emerge from Mexico’s volcanoes. 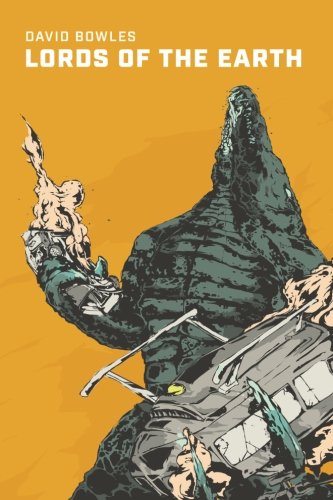